Play with A Timeline of UBot Studio Features ! 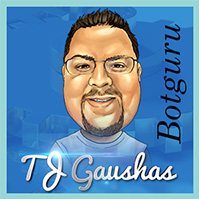 No in fact you don't need to use "type keys"

I personally dont use the latest Ubot software because I dont feel the browser is fully stable enough for my end users.  I use 5.9.55 for this reason and only test on latest version to see how its doing on progress.

I also use Exbrowser Chrome mainly instead of the built in so that I have full support for html5, flash, action script, javascript, etc.....

believe you can also send the space key to it to start a video playing,

change the browser listed there to a different version

exit there, save source, and reopen

no have to type first, then add another type command with {ENTER} to that same input
Unfortunately the other doesn't decipher it that way.

For 7bot browser use type text command
And use

they throw old users on trash

You sir are out of line..

2 months.   2 months of emailing, posting here, and in the facebook group Dan runs.

Telling v1 users for the free update to get a hold of him.   At some point it came to an end which it did as it should.

We are all adults and should be treated as such.   If you missed your window after the numerous ways of contact that was attempted thats on you.

Now you can contact Dan maybe he will sell the last update for 1.4 for you or you can upgrade to v2, but for god sakes accept where you were wrong and sat on your ass instead of taking action like you should have.

This would be of no ones fault but your own if you didnt take action.