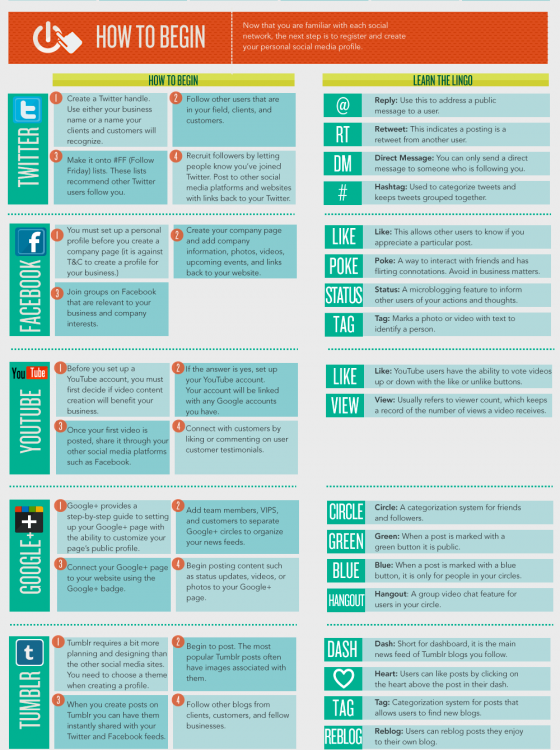 Automation is just starting to catch on – and as our users know, if you get in on it now, you can beat the heck out of your competition in ways that they haven’t even thought of yet. It may seem like everybody’s discussing it nowadays, but the truth is that like most intelligent (but not necessarily simple) ways to improve your business, only a few people are actually using automation. So read this article top to bottom, grab some automation software, and join the revolution.

How to Use Social Networks

Consider this weird statistic – Social Marketing is huge. Facebook is going public as I write this, and is about to be valued as one of the most profitable companies in the world, and yet a recent study showed that only 16% of companies are using Social Media/Networking effectively.

What’s the reason? I think it’s this –

The effective marketing companies are those who assign a particular person the role of social media guru, and those are the ones who succeed at it. It’s not something that the average ad-man, or small business owner, can do in his spare time, unless he’s got a lot of it–in which case, he might want to rethink how he spends it.

Automation is a lot like Social Media Marketing. Not very many people are doing it, despite the widespread understanding that its a key method to make you more money. It’s going to be the next big thing. Why? Because automation is actually BIGGER than Social Media – it can POWER Social Media – and most of your other online marketing tasks as well.

There’s a popular book called “The Four-Hour Work Week” by self-styled “lifestyle designer” and member of the “new rich,” Timothy Ferris, that has a really fascinating viewpoint, and one that internet marketers, net devotees, and everyone who uses the internet in their business especially ought to consider.

There are four steps to “Liberating” yourself from the average worklife, Ferris writes. The first is Definition, where you figure out what your dream, your job, and your business should be doing, and what it will cost/take to get you there – a certain monthly income, a certain number of sales, etc. The second is Elimination, wherein you remove tasks that don’t add value, remove clients that cost more than they are worth, and solve problems that keep happening to suck your time. 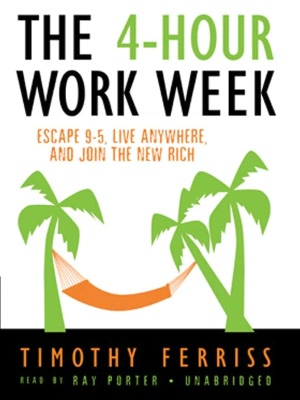 The third step is Automation. But before you can start it – you really need to understand what it is.

Two-hundred years ago, a carpenter built a chair, piece by piece, and it was a masterpiece (if he was any good). Then the assembly line process was invented, and that carpenter was broken into twelve people, each assembling a different part of the chair – and it was still a chair, if not a masterpiece.

Then, machinery was invented that did the job of six of those workers, then nine, and finally, eleven – and if it was still a chair that came off the line, then the company probably made a lot of money.

A lot of people would complain at this point, and say that though they’re getting a cheaper chair, it’s not as well-made. Oftentimes that’s true. But here’s the important point: An assembly-line doesn’t produce shoddy products – a bad assembly line produces shoddy products. It’s not an inherent flaw in the system. Nine times out of ten, the chair that comes out is poorly made because the standards and the quality of the material used are lowered during the assembly line process, first when the 12 workers replace the single craftsman, and then again when the machines replace the workers.

So what is automation? It’s finding a way to get a task done quicker and BETTER than you could do it yourself. And in the 21st century, it’s an assembly line inside your computer and on the internet, building stronger products, connections, and data quicker than you can. That’s automation.

With browser automation, web automation, and marketing automation, this automation process is being rediscovered and refined to create not shoddy crafts, but online masterpieces.

How does it work?

In the past ten years, automation software has grown in popularity even as the platform it’s used on has begun to die out. Having a PC is now synonymous with having the internet, and using a computer basically means “being online.” So while Windows automation tools are now well-known – Windows, as a platform, is no longer king. The browser and online content now take the place of  Windows, where it’s not already completely synonymous, and as a result, you need online automation where before you needed Windows automation (which is still a useful undertaking).

So what will automation do for you?

The fear everyone has about automation is the same fear that a carpenter has about the assembly line. But with the right software, online automation is in YOUR control. You can choose exactly how much of what you do is automated, and you control how it’s automated. Other software has a tendency to create the assembly line for you – choosing where to post your content, how to handle your backlinks, and generally, what to automate. The beauty of UBot Studio is that it lets you control the speed of the automation process (the assembly line) and the quality the content you create (the end-product that the line builds).

I never got to that fourth step in the Four Hour Work Week. It’s “liberation”, ie, what you do after your job is automated and you have all the free time you need to grow other projects. Isn’t that what we all want? Start your journey towards it today. Check out our tutorials for how to use UBot Studio at http://ubotstudio.com/tutorials.aspx.