A few months ago we introduced a new member of the UBot Studio team, Adam, who has been programming feverishly ever since he joined. He and I have been working quietly on a big update to UBot Studio that hugely increases what you can do with the software, regardless of the Edition you have. And we’re just a few days away from the release, so I can finally talk about it.

UBot Studio 5.7 will add a treasure trove of power for those who have a UBot Studio subscription.

How do I get the new version?

If you haven’t been subscribed for a while, this deal is extra special because you get automagically moved to the newest version PLUS six months or a year of updates. Users can subscribe for just $54 to get this offer. And don’t forget – annual subscribers receive a 15% discount!

What’s in this big update?

The new features include the ability to create charts, compress and decompress files, encrypt and de-encrypt, and interact with time functionality (ie, UBot will now easily recognize when “3 days ago” was). The advanced and extended features include new List, Table, Text, and Math functions. You’ll find these new commands and functions by searching for them in the toolbox search bar or inside the Bot Bank. By leveraging the Bot Bank, we’ve added all of this advanced functionality without cluttering up the toolbox.

The wiki will be updated for you and you’ll see detailed blog posts describing each new group of commands in the next few weeks.

Here’s a sneak peek at the new features, which you’ll be able to access straight from the Bot Bank if you are subscribed:

An example of the encrypt command.

You’ll find the new commands inside the Bot Bank or in the search toolbox if you’re subscribed.

A list of all the new additional features is below:

Encryption Function in the Bot Bank 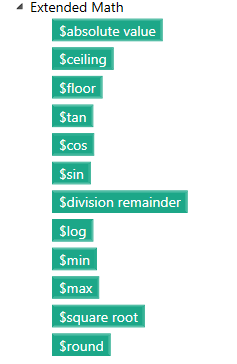 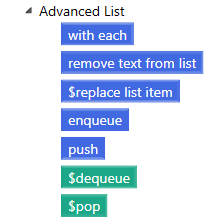 New Advanced List commands and functions in the Bot Bank 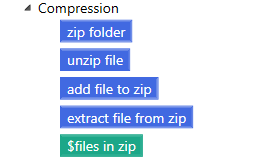 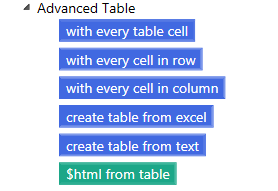