The UBot Team has been working nonstop to bring you the next incredible version of UBot Studio….

UBot Studio Stealth is feature-complete and users are beta testing now. Bringing you an entirely new browser, plus headless browsing features has been a serious undertaking. I wanted to show off a few of the features before we do the full release.

One of the most common feature requests has been to simplify threading. Threading is one of programming’s most complicated aspects – developers have been trying to wring more performance out of their software ever since software was invented.

Well, we’ve made it so that anyone with Professional should have no trouble using simple threading commands with thread spawn.

Check out this old multi-thread code, which is 71 lines long. It basically opens 5 new browsers, navigates to a page, then does that again 5 more times. This requires 5 thread commands with 5 loops.

But with thread spawn, you simply explain how many threads you want total, and how many you want to run concurrently, and UBot Studio does the rest. Thread spawn cut that code down over 75%. Check it out: 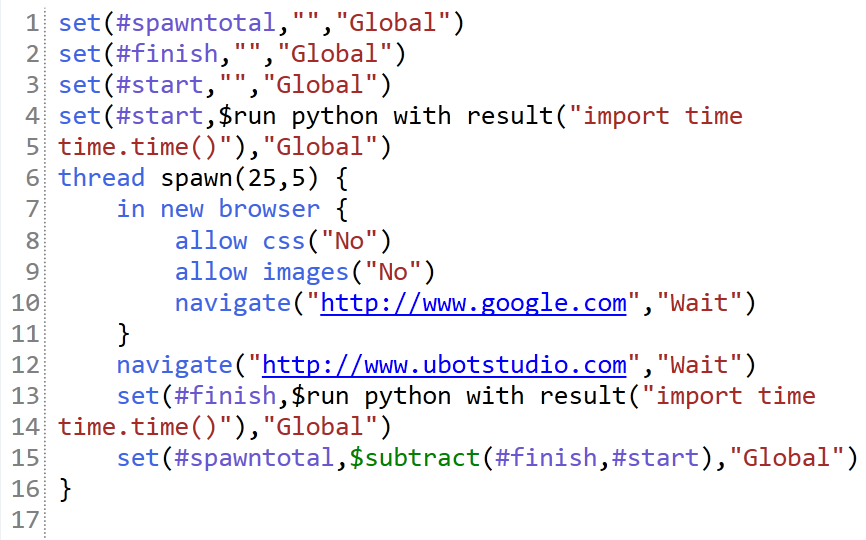 With just a few simple commands you can now grab all your cookies, save them, edit them, and more.

These Cookie Control commands will join the advanced math, charting, list, table, and other commands in the Bot Bank. As long as you’re subscribed, you’ll have Advanced Cookie Control.

UBot Studio Stealth is almost ready – we’re just making sure it’s as polished as possible. I hope you are as excited as I am.