This isn’t to gloat, but this was the first cup of coffee I had yesterday morning: 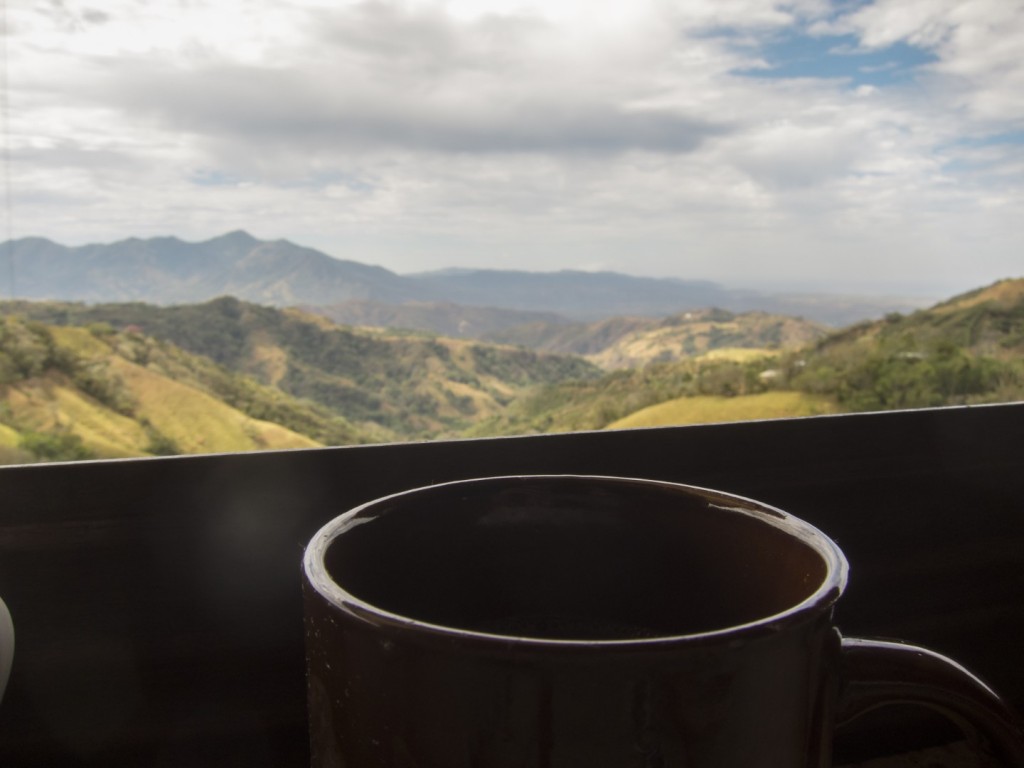 In the background you can see the mountains of southwest Costa Rica, Jaco Beach, and beyond that in the distance, the Pacific.

I’d love for every one of our customers to have the amazing opportunity to live or work from wherever they want, and that’s one of the big goals we had in creating UBot Studio – to help you build your own business and let it run on autopilot. It’s not an easy thing to do, but it’s possible. And if you already own a copy of UBot Studio, then you are at least part of the way there. You understand the value of automation and of being able to quickly build your own products, sell your services, or automate your business.

But there’s probably just one step missing – and it ISN’T that you’re tied down to a job or you don’t have enough money.

The step is convincing yourself that you can do it.

Yesterday I was talking with a friend I made here named Danny while we drove in a rented Toyota down the coast, coming back from Volcan Poas, a beautiful, mostly inactive volcano whose crater is filled with bright blue water. 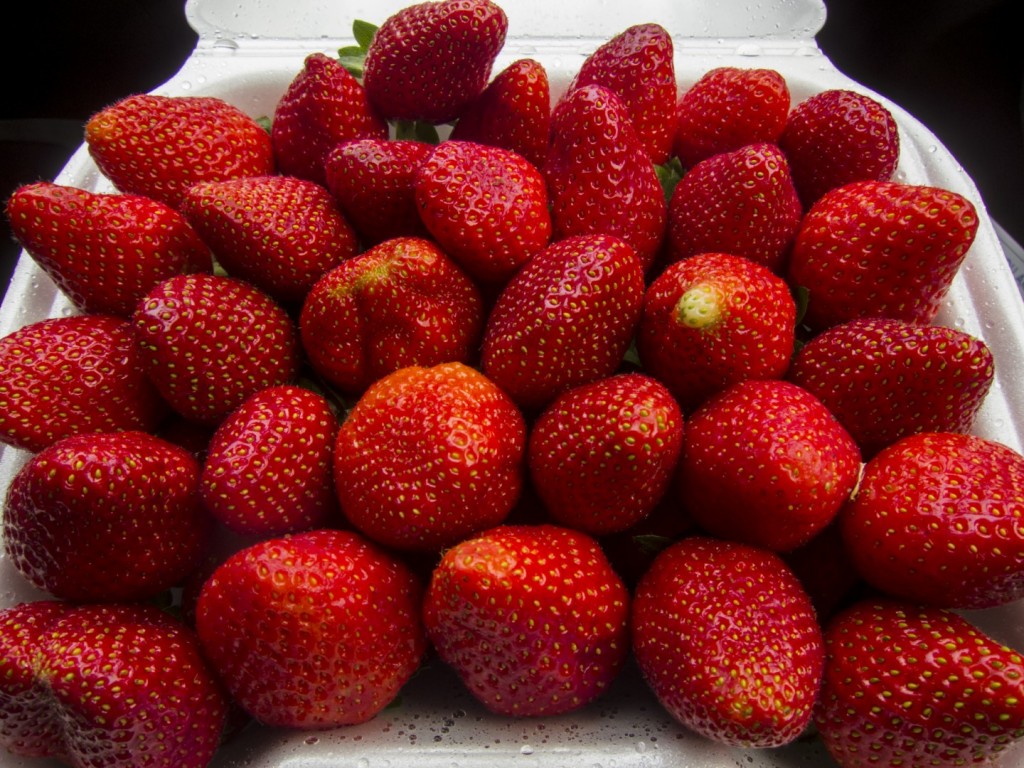 It was too cloudy to see inside the Volcano, so the guide didn’t make us pay – the people in this country are incredibly kind. Instead we bought a pound of the best strawberries I’ve ever tasted for $2.25.

I told Danny that I didn’t really know anyone other than me who could take multi-week vacations: “Even I’ve been working the whole time I’ve been here,” I told him.

“Are your friends too busy because they have kids?” he asked. “And are you so important you literally can’t take more than a week off at a time?”

See, Danny runs a consulting business and has just a few major clients. He works long hours and travels all over the US, helping companies organize projects. But he is taking a month off work to practice surfing and Spanish while in Costa Rica. That’s how I met him – at the surfing school.

“No,” I said. “My friends’just don’t want to leave for that long. And I like to work to keep from falling behind. And anyway, you aren’t really supposed to take two weeks off in a row, most places frown on it.”

“Well, if someone has time off, it’s not legal to control when it’s taken and for how long in a row,” he reminded me.  “And if you choose to keep up on work while you’re here, that’s your choice. That’s what you decided to do, but it’s not what you have to do.”

“Yeah, I know, I mean, it’s just that their jobs are really important to them. And I don’t want to fall behind….”

And then I started making excuses for everyone out there who hasn’t yet realized it’s up to them to say, I truly want to live my life a certain way.

After I was done trying to explain that Yes, technically everyone could take a long vacation to Costa Rica if they wanted to, maybe, but it was discouraged to be gone that long, and they would possibly get passed over in the future for a promotion, or maybe they were just starting a new job and needed to look good to management, or maybe they were afraid to rock the boat, or whatever the excuses are, Danny corrected me. 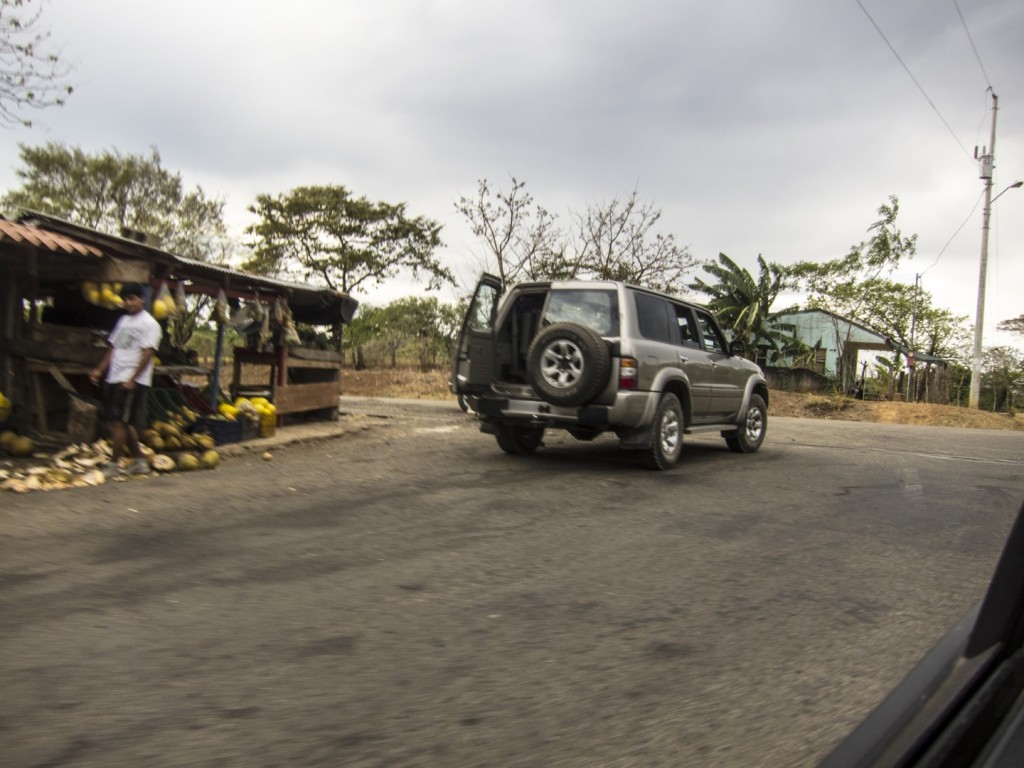 We drove around a little town in Costa Rica called San Mateo, dodging dogs and bicyclists and fruit stands, and Danny drove and somehow also managed to remind me that “we choose the way we work.”

“I know everyone feels like they are the most important person in their job. But everyone is just brainwashed,” he said. “Maybe you don’t want to fall behind, or maybe they don’t, but that’s a choice – don’t you work for an automation company, anyway?”

It stung a little, but I realized that he was right. Even I sometimes forget that the real secret is just convincing yourself that you can do it. Life has a way of putting up walls, locking the door, imprisoning you, and it’s really not your fault. It’s just the way jobs are. And if you’re a hard worker, it’s the way YOU probably are. And sometimes it’s easy to forget that those walls are completely imaginary. But even if they’re imaginary, only you can remove them.

“It’s not the first thing I say in an interview,” Danny told me, “but I need an employer or a client to know that if I have vacation time, I’m not going to trade it in for a bonus, I’m not going to accrue it and take a day off every week for a month. I’m going to take a vacation, and go do something amazing.”

And I realized that even while I sat in Costa Rica, thinking about the emails I needed to send that night, I had forgotten how much of living the life you really want is about mindset.

Don’t forget that. As I write more about living remotely, and how to do it and what it’s like, the most important lesson I can impart is the one that I’m still learning: You make the choices that keep you where you are, doing what you’re doing. No one else. So if you love the business you have or the work you do or where you live, fantastic. You did it. But if you don’t – you’re the only one responsible for keeping you there. 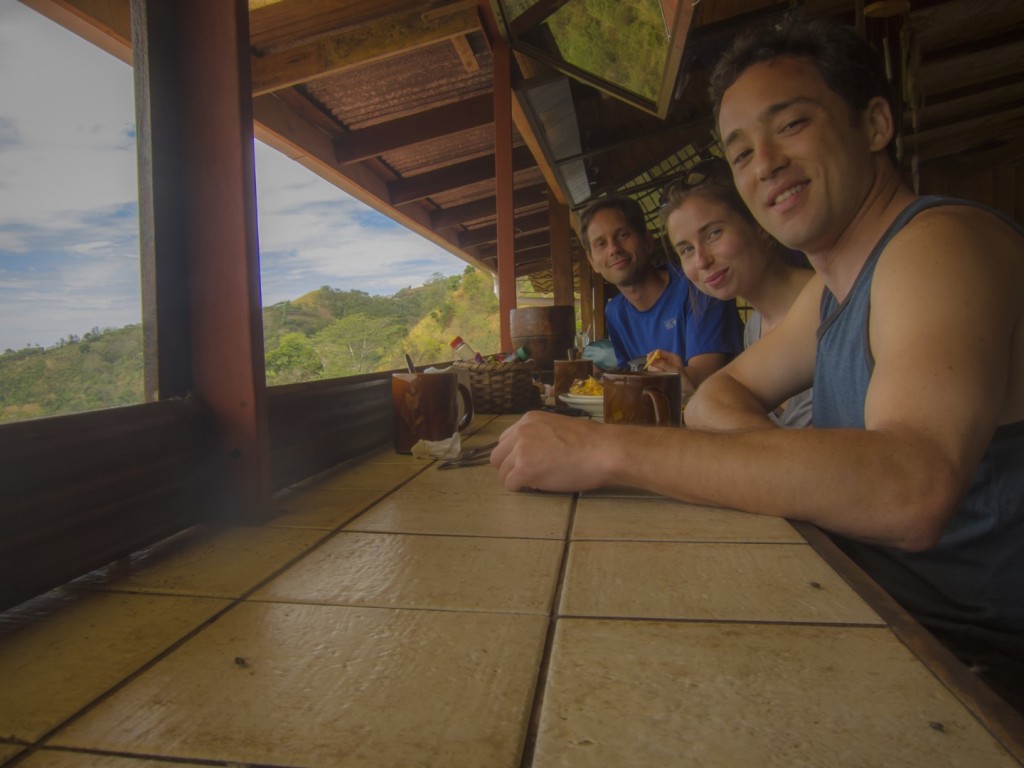 Kudos to my friend Danny (on the right) for reminding me that we choose how we work!